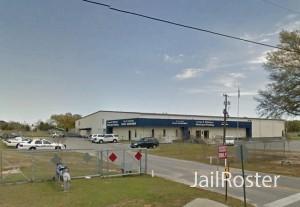 You can search through the database by the inmate’s first and last name. If you feel this information is not the most up to date information, you can call the Crestview Jail and ask them.

You are more than welcome to send an inmate in the Crestview Jail a handwritten letter. Handwritten letters are encouraged. It is a great moral booster for inmates who need that little bit of a pick me up.

You should always know that your letter before it is given to the inmate is examined and inspected by the prison staff at the Crestview Jail.

Inmates at the Crestview Jail will need money to be able to purchase items from the canteen in facility or put money on their phone account.

You can send a money order to the Crestview Jail with the inmate’s name. You can also go to the lobby and leave money order with the correctional officers there as well, if you live local.

You will need to keep in mind that funds will take one to three days before they will be processed into the inmate’s account.

Collect calls are great if an inmate does not have money on their books and they need to get in contact with someone.

When it comes to visitation here at eth Crestview Jail, you will find that it is not like other city jails.

You can do a 20-minute-long video visit in the lobby for no fee. You will need to schedule your visiting minimum of 24 hours in advance. You can do these visits from home or from the Crestview Jail. Inmates are permitted 2 visits per calendar week.

Visitation schedule is as follows: