The Boston Pre-Release Center is actually well-known to the point where it has a nickname, the “castle”. It is a maximum-security prison that only houses around 200 inmates. It is actually the oldest prison facility in the state, given that it was completed in 1886.

The penitentiary is managed by the Massachusetts Department of Corrections, and has an annual operating budget of $20 million annually. The Boston Pre-Release Center houses death row inmates as well as the commonwealth’s actual execution facilities, as well. Inmates also wear a specific color to represent their custody level. For example, general population inmates wear khaki uniforms while death row inmates wear scarlet red.

There is also a minimum security facility near the Boston Pre-Release Center as well. At this facility, inmates have work assignments. 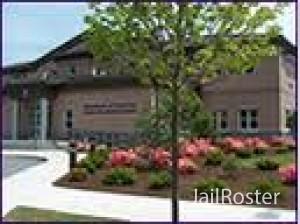 You can utilize the inmate search of the Massachusetts Department of Corrections in order to find inmates that are in the Boston Pre-Release Center. The inmate search can be found here: http://www.mass.gov/eopss/law-enforce-and-cj/prisons/doc-facilities/bay-state-correctional-center.html.

Offenders that are incarcerated in Boston Pre-Release Center can receive mail from Monday through Friday, but not on weekends or holidays. Usually, mail is received by an inmate within 48 hours of the mail arriving at the facility. However, there are certain situations where this may not occur, such as an emergency lockdown.

All incoming mail must have a return address, as well. The mail will be forwarded to an inmate within 30 days if an inmate gets transferred to another facility. Legal mail cannot be read. However, all other mail can be read and inspected. Inmates at Boston Pre-Release Center can also request to send two letters per week, which is possible even if they do not have the money for postage.

Those who are housed in Massachusetts state facilities must receive money through JPAY. This can be done in a variety of ways.

No calls can be made to inmates at Boston Pre-Release Center, but inmates can make outgoing calls. These calls may be monitored and recorded, unless the call involves an attorney. Emergency calls can be made. However, the emergency has to be verified before a call can be placed.

There is the only visitation on two days at Boston Pre-Release Center: Saturdays and Sundays. The visiting hours are 7 30 AM to 1 45 PM. Visitors must register to visit between 7-10 AM. Segregation visits are appointment only, and can only occur on Thursdays.