Morrison Correctional Institution is a privately managed prison that is operated by the GEO Group. It houses male inmates and is located in Hoffman, North Carolina. GEO Group is a Florida-based company that specializes in private corrections, detention, and mental health treatment. It is North Carolina’s largest private prison. 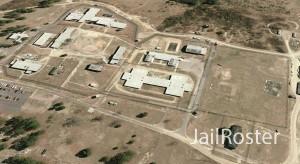 If you are searching for an inmate at Morrison Correctional Institution, you can use its offender search. It can be found here

Its search form even allows users to search for aliases or similar sounding names. Of course, one can search for offenders based on their first name, last name, date of birth, and North Carolina DOC number, as well.

Morrison Correctional Institution inmates can send and receive an unlimited amount of mail. Inmates are not allowed to send mail to each other, however. If you wish to send mail or a package to an inmate, you will need to know their name, ID number, and which facility they are located.

All mail is opened and inspected for contraband at Morrison Correctional Institution. Legal mail may not be read, and can only be opened in the presence of an inmate.

You can make outgoing calls or prepaid calls, and this requires having a GTL Account. You can also use GTL if the cell phone is the only way in which you can communicate with an inmate. Inmates at at Morrison Correctional Institution can never receive an incoming call.