Watkins Pre-Release Center, is part of the South Carolina Department of Criminal Justice. It is located in the downtown area of Columbia, South Carolina, and is able to house 224 male offenders. It is a 1-acre facility. 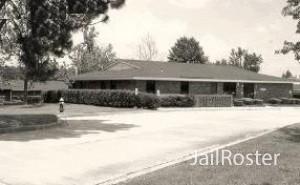 If you wish to search inmates of Watkins Pre-Release Center, you can use the South Carolina Department of Criminal Justice offender search. It can be found here

Inmates at Watkins Pre-Release Center cannot send mail to other offenders, but they can communicate with family and friends. All correspondence can be inspected except for legal mail. Offenders are also prohibited from communicating with victims or the families of victims. Offenders can receive some stationery items, as well.

Inmates at Watkins Pre-Release Center can receive 4” x 6” photos, as long as they do not contain nudity. Polaroid photos are not allowed for security reasons. There also cannot be sexually suggestive material or gang-related content in the photographs, as well.

In South Carolina, inmates also have access to electronic messaging. This does cost a fee and is provided through JPAY.

Books can be sent to inmates but they must be paperback books. No binding is allowed whatsoever. No publications are allowed to contain nudity, incite hate, or describe the creation of anything that might put the facility at risk.

You can send money to Watkins Pre-Release Center using various methods. Here are the methods:

It should be noted that there are fees associated with all of these methods, and they may vary.

During intake, inmates establish a list of telephone numbers that they will be able to call. A list can be updated periodically.

Offenders at Watkins Pre-Release Center can make outgoing calls only. There is a limited time length of twenty minutes on all calls. Three-way calls and call forwarding may lead to the termination of a call.

On most days, inmates have access to the telephone from 7 PM to 10 PM. However, this is not available during a security lockdown.

The visiting hours at Watkins Pre-Release Center are Saturdays and Sundays from 8 AM to 5 PM. Offenders must remain at the facility for at least 14 days to qualify for contact visits.

Visits may last up to two hours, depending on the circumstances.

Visitors can bring up to twenty dollars in quarters for the vending machines located in the visitor area.